This article originally appeared in the October 26, 2018 edition of Inside Tucson Business.

I would hardly be the first person to declare that small businesses are the backbone of our economy. Considering that small businesses employ half of our nation’s workforce and have accounted for two-thirds of all net new jobs over the past two decades, it bears repeating. Often. And loudly.

It is not hyperbole to state that small businesses have as much impact on our economy as Google, Amazon, General Electric, and Starbucks. Billion-dollar mergers and acquisitions, the behavior of rock star CEOs, and quarterly earnings reports of large public corporations may dominate business news cycles, but small businesses generate 51% of U.S. GDP to relatively little fanfare. While near 75% of economic development funding nationwide is directed to large companies with over 500 employees, small businesses struggle with access to fewer resources they need to thrive and grow.

Most importantly for a nonprofit lender like my organization, Community Investment Corporation, we need to make debt capital more readily available and easier to access in the small amounts that small business owners need.

Unfortunately, the high transaction costs of small business loans relative to their limited opportunity for financial returns discourages investment from traditional lenders. This creates a gap in the marketplace where there are few, if any, reasonably priced loan products for the needs of small businesses.  As a nonprofit organization with an economic development mission, we have the luxury of being able to dedicate parts of our loan portfolio to community impact rather than profit.  It’s a good investment, too, with research showing that for every $1 in lent to small businesses, an average of $3.79 in gross output in their communities.

CIC and nonprofit community partners such as the Community Food Bank of Southern Arizona, Local First Arizona, and the YWCA of Southern Arizona among others are collaborating to meet the capital needs of small businesses. Our goal is to expand opportunities for traditional and non-traditional entrepreneurs through an approach that has been used worldwide for over 40 years called microlending.  Originating in Bangladesh in the 1970’s as a cost-effective public policy approach to fighting poverty in developing countries, in the early days microlending was the practice of providing small loans to support entrepreneurship by women in poverty.  The approach is now showing promise as a means to catalyze “mom and pop” entrepreneurship.  Different than the “swing for the fences” approach of venture capitalism, microlending represents the democratization of debt capital.  It offers a way into entrepreneurship for a diverse population for whom being one’s own boss is often a greater incentive than the chance to become rich.

At CIC we have seen firsthand how microlending (the provision of loans from $500 to $10,000) reduces the barrier of entry for a wide range of entrepreneurs who would otherwise be on the sidelines of an improving economy – entrepreneurs like chef Erik Stanford of Pivot Produce whose business acts an intermediary between local farmers and Tucson restaurants that want fresh, locally sourced produce.  Erik received a $5,000 loan through the Community Food Bank and CIC’s Food Entrepreneurship program partnership to expand his cold storage capacity and to purchase a large company delivery vehicle.

We are also working with the YWCA whose hands-on training courses help local entrepreneurs improve their business practices, launch new ideas, or expand their businesses. Raw juice company, Dish for Dosha, was referred to CIC through the Women’s Business Center at the YWCA.  Owner, Cecilia Arosemena, used a small CIC loan for startup capital and to purchase an industrial juicer which allowed her to increase production capacity and hire some part-time help.

But we are also striving for more than individual success stories.  We want to create systemic change which is why we are helping the YWCA launch their own microlending program.  In addition to providing our lending expertise, we are investing in the YWCA’s brainchild of creating a virtual marketplace that will more efficiently link microlenders to micro borrowers and reduce the transaction costs for both parties. We know that we will have to rely on partnerships like this one if we hope to provide the resources needed by small businesses at scale.

It is important that we, as a community, enhance our small business ecosystem. CIC is working with partners to better connect aspiring entrepreneurs and small business owners to the resources they need, including business training, incubation, and acceleration, mentorship, networks, and more convenient access to capital.  Admittedly, not everyone should be an entrepreneur or own their own business.  Enterprise asks a lot of its creators and owners.  But an entrepreneurial spirit is deeply ingrained in the American ethos and remains strong.  It is something we need to nurture and harness.

Also, the gig economy is here to stay.  Independent contractors and the self-employed now make up over 30% of the private workforce according to a study from MBO Partners. As part of that independent group, 12.9 million people are now supplementing a full-time job with part-time work. Trends suggest the proportion of independent workers as a part of our workforce will continue to steadily increase in the coming years.  While these are not the traditional entrepreneurs we may be used to seeing, they are willing to rely on themselves while eschewing the security blanket of full-time wage earning which are traits of entrepreneurs.

The powerful notion of being one’s own boss and the associated benefits, including higher job satisfaction and better health, are alluring. 7 out of 10 American workers would prefer self-employment to wage earning according to a study of latent entrepreneurship.  Roughly the same percentage identified being one’s own boss and increased flexibility as primary reasons for being self-employed. There is a strong pull for most people to explore entrepreneurship at some time in their lives. We need to have resources available to them. If we don’t tap into that passion and desire – and we don’t work to increase access through new pathways for nontraditional entrepreneurs – we are undoubtedly leaving innovation, value and community benefit on the proverbial table. 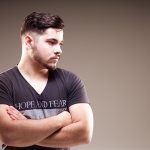 Limiting the Damage - The Rationale for an Alternative to Predatory Lending

The Need for Responsible Lending Has Never Been Greater 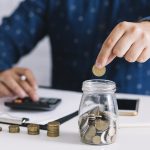