Limiting the Damage – The Rationale for an Alternative to Predatory Lending

By Nick Henry and Danny Knee

“No credit? No problem!” “Need fast cash? We can help!” These are the types of seductive tag lines you see all around town, or online when you search for a payday or title loan. But what are these loans, exactly? Let’s talk about payday loans.

Traditionally, the way payday loans have worked is that someone in need of cash finds a payday lender storefront and gets a cash advance—usually a few hundred bucks or so—to pay off an unexpected expense or help ends meet. In return, they write out a check future-dated to their next pay day, generally two weeks away. Because it’s a short-term loan, they’ll need to pay off the full amount, plus interest when it comes due. In the immediate term, of course, the borrower can meet their pressing expense, whether it’s food, auto repair, medicine, or rent. But it’s extremely unlikely a borrower can, in two weeks’ time, come up with the cash to pay off their debt in full.  This means they’ll likely have to renew or “roll over” their loan, thus incurring more charges and continuing to pay exorbitant interest rates.

According to Megan Leonart, who recently wrote about payday loans for CNBC, the national average on payday loans is 400% interest (APR), and while the loans are meant to be short-term, most end up taking much longer to pay off. The Consumer Financial Protection Bureau (CFPB) reports that the average borrower takes 5 months and $520 in interest and fees (together known as “finance charges”) to pay off their payday loan.

The industry’s argument is that they are providing a much-needed service to economically vulnerable populations because nobody else will lend to them in their times of need. To some extent, they have a point. It is socially and economically beneficial for working class and the working poor to have access to emergency capital when an unexpected expense or loss of income jeopardizes what can sometimes be a very fragile economic balance they are maintaining. And few traditional lending institutions will lend to individuals they consider risky borrowers.

The problem is, as Leonart reports, that payday lenders’ business model depends not on individuals understanding what they are getting into and paying back their loan in a timely manner, but rather, on a process of repeated rollovers and additional finance charges known as the “debt trap.” Rather than providing a much-needed service, payday lenders prey on the economically vulnerable by targeting borrowers who they know cannot pay back their loans in an initial term, thus setting them up for failure. This has been the model from the beginning, and with the rise of the internet and online automatic payments, payday lenders have only gotten more efficient at trapping their borrowers in debt and extracting money from them.

After years of work, the CFPB proposed rules that would require lenders to consider a debtor’s ability to repay their loan before issuing it. The rule was set to go live in 2019, but certain aspects of the rule are being reconsidered. CFPB is under new leadership and the federal government has been under considerable pressure from the payday lending industry, which has a powerful and well-heeled lobby. Starting in 2009, just after the beginning of the Great Recession, all the way through the stabilizing of the recovery through 2015, the lobby spent over $35 million lobbying for less regulation and higher or no interest caps on payday loans. Not coincidentally, just as the Great Recession was taking hold, the payday lending industry doubled its expenditures on lobbying. Far from being a solution to the country’s or individual’s economic problems, the industry saw an opportunity to cash in on the devastating financial struggles of others. Today the payday loan industry is a $38.5 billion market. In states like Arizona—one of 16 to outlaw payday lending—payday lenders have turned to a related, and in some ways more insidious, cousin: auto title lending. (But more on that in a future blog post.)

The payday lending industry doesn’t grow GDP or provide jobs in the aggregate. Nor are they even a zero-sum game. Payday lending takes away from our economy. Only the owners of and investors in payday lending operations benefit, while local economies and community members already in economic distress suffer. It is an example of one of the most egregious forms of wealth redistribution imaginable and one the Sheriff of Nottingham would revel in—taking from the poor at their greatest time of need and giving to more wealthy investors and owners. Parsing numbers from a 2011 study by the Insight Center for Community Economic Development, CNBC reports that “the burden of repaying the loans resulted in $774 million in lost consumer spending and 14,000 job losses. Bankruptcies related to payday loans numbered 56,230, taking an additional $169 million out of the economy.”

At Community Investment Corporation, we believe in the power of the marketplace and in individual choice for consumers and business owners. But we also believe that any legitimate successful business will ultimately have a positive effect on the economy.  As a non-profit, alternative lender we are on the side of responsible capitalism. The question is not whether people at lower-incomes and with some credit history issues should have access to capital – on that, we and the payday lending industry agree that they should. The question is should the people with less financial security and often in incredibly difficult circumstances have to pay such a heavy price for access and assistance? According to the “Americans for Fairness in Lending” website, Usury laws have been around since colonial times in America (and date back to the ancient civilizations of Hammurabi and Plato), and until the early 1900s caps on interest rates in the United States were kept at or near 10%. The question of whether there are interest rates too high to be ethical or “right” was long ago settled – except perhaps in the minds of the most zealous free-market advocates – that interest rates above a certain threshold are too high to be ethical regardless of whether people are willing to pay them when faced with a menu of untenable choices (such as being evicted for failure to pay rent or risking job loss because they cannot afford an auto repair and can’t get to work).  While payday lenders may not be breaking any laws, we don’t believe what they are doing is in the best interest of our local economy.  We need to do better as a community.  We need to find a better way that is fair to both the borrower and the lending partner.

This is why, in response to the payday lending crisis, we began brainstorming with our partners at Catholic Community Services and Pyramid Federal Credit Union. The culmination of our efforts has now come to fruition in the form of a new loan product that we are offering as an alternative to predatory loans. We call it “A Better Loan Experience (ABLE),” and while we are only rolling it out as a small pilot at this point, we believe it is a step in the right direction.  We encourage you to learn more by visiting our ABLE webpage.

Mortgage Credit Certificates are a blessing! - Leslie A. 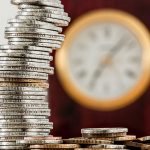